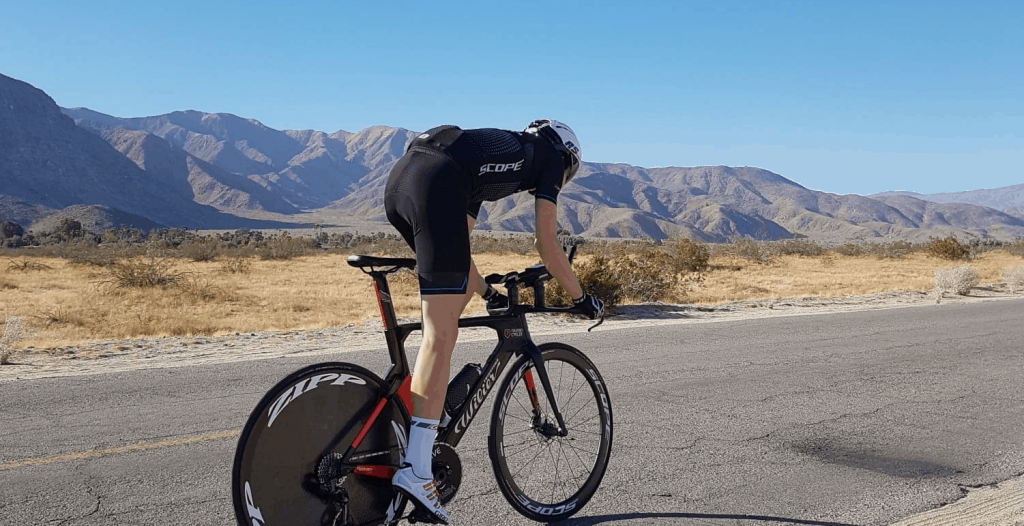 I’ve been putting a lot of thoughts into this ultra cycling race debrief from the World 24h Championships. Actually I’ve thought about it right after crossing the line back in Borrego Springs. I still can’t really decide on where to start now sitting at 12000 meters 24 hours later on my way back to Denmark. I do not want to write another blog with stats and facts about how much, many and big everything was. If you’re looking for that don’t worry it will come when I’ve done all the analysis myself.

What I do have to offer in this blog is an insight into the thoughts and decisions before and during the World 24h Ultra Cycling Championships.

To give you an idea what goes into a 24h world championships I will have to take you back about two months before the start. I had just crossed the finish line as Danish Ultra Cycling Champion. The training leading up to the nationals had been great. In spit of heavy rain in most of August I had gotten the training hours in. You can read more about that race here.

In the following two months I began specializing my training towards the conditions in the area of Borrego Springs. Duo to cold autumn weather with heavy rain I combined my normal training with inside sessions. There I controlled temperature and humidity to prepare my body and mind for the desert. To be honest I was not worried about the heat but more the cold during the desert night at the world 24h championships.

While doing this a lot of stuff was going on behind the curtain. New partners for 2020 and renewing contracts with current supporters. A bit of a time consumer but necessary to ensure the funding for the upcoming season. I’ll get back to this in another blog though.

A few days before lift off I did a race pace test. I was feeling 9 out of 10. I thought that the ambition of a medal and a new Scandinavian record was within reach. I knew that I needed to add a minimum of 40 km to my personal record to do so (and most likely a bit more). But with the flat route and little wind in Borrego Springs it might be possible for th 24h worlds.

Packing everything for an event like a world championship on the other side of the planet is a huge organisational challenge. What do you not want bring? Anyhow, three days before the championships I left from Copenhagen together with two crew members, Frands and Caroline. Together they had the tasks of medical, food, strategic planning and SoMe.

Wednesday was all about preparing equipment, testing the route making a bit of SoMe and shopping for the race. Amazing how much goes into planning a diet for 24 hours. Caroline did a fantastic job though with limited shopping opportunities in the desert. Thursday I did some more testing regarding clothing for the strange weather. We had expected a lot higher temperatures and Frands was really stressing that keeping my body temperature, pacing and HR consistent would be our primary goal for the world 24h championships. Guess it would be a question of adapting to the changes as ultra cycling always is.

The two days leading up to the race had passed to quickly and to be honest I would prefer a slower build up with more time in the desert if I were to do it all over. But wait, the start was at 17.00. This meant that I had to try to sleep all day. That didn’t go all to well. I woke up at 06.30 and couldn’t sleep for one more second. Starting world 24h championships in the afternoon brings forward a whole lot of challenges e.g. the crews and riders being awake almost 12h before the race starts.

Also the psychological thing about getting through the night (which is normally the slowest and toughest part of the race) only one hour into the race was a curve ball. When the sun comes out there would still 10 hours of racing left so pacing would be key. I was probably overthinking this a bit.

I started at wave two meaning that the higher seeded riders would be one minute up the road. This to minimize the chance of drafting with hundreds of riders at the start line. Now it was finally race time.

The start was fast and I noticed a lot of riders passing me with astonishing speed. Trying not to go too fast in the start to show off and be the leader is key in ultra cycling. It’s not about being first after 1 hour but after 24 hours when crossing the line at the World 24h Ultra Cycling Championships. I had the plan in the back of my head saying consistent performance would win in the end. In case I forgot I would literally have the crew inside my radio telling me to slow down. Never the less it is stressful to watch riders passing you while you’re fighting the urge to speed up.

At the same time riders started shouting about illegal echelons. I saw some borderline riding throughout the race but all in all it’s difficult with so many riders on a 29 km lap. At some point you will have to pass someone who is riding almost the same pace as you are at the world 24h championships. It’s like two trucks trying to pass each other on the highway both going at close to maximum speed. It will look like they are drafting but actually they are fighting each other.

As the sun set so did the pace for most riders. Clearly some had been going too fast in the start. I soon notices that our decision of starting in hotter clothing was smart. People started dropping their pace, taking breaks, changing clothes and at midnight some were still riding around in shorts at five degrees!

The crew updated me that many of my competitors ahead were losing speed shivering from cold and even dropping out of the race duo to cold and starting illness. I felt thrilled that our tactic was looking like it would pay off. On the other hand we had already made some evaluation of my day form. I wasn’t really feeling the easy, smooth movement in my legs and easy breathing as I had done at the nationals. To quantify my feeling we always use a scale from 1 to 10. During this particular night I told the crew 7. So what do you do with that? Feeling above average but way below you test ride only a few days earlier. Well, in ultra cycling you keep riding.

When you race for 24 hours (even at a World 24h Ultra Cycling Championships) some hours go by fast and others oh so very slow. For me it’s normally the hours just before the break of dawn. They are cold, dark and it feels like you will never see light again. But that is when the crew is most important. Keeping my energy supplies up, taking care of hydration and giving moral through the radio.

After four hours I was number 18 in the overall standing. Not impressive of a guy talking and dreaming about medals and record rides in the world championships. After 12 hours I was 10th. The night had taken it’s victims and teams with aggressive pacing strategies and/or lack of clothing had lost traction.

This is a very important part of proper crewing as well. They have to believe in me as a rider and in our plan. Helping me stick to the plan and not give in to the temptation of poor pacing. That is exactly what my crew did in our race.

With around 8 hours remaining the temperature was raising rapidly from the close to zero degrees at night to a desert dry boiling inferno at day. The timing of my crew was state of the art at the world 24h championships. Having planed all clothing changes are important but what is more important is the ability of adapt and make changes as the climate, route or condition of the rider changes. I changed to short sleeves just as the temperature rose. Being comfortable at heat – now was the time to eat our competitors.

At this point of the world 24h championships it had already been clear to me for a couple of hours that my performance level was not enough for a new Scandinavian record at the 24h worlds. To put it simple you don’t break records on a 7 out of 10. For that the level of my fellow Scandinavian riders is too high. So how do you pick yourself up after realizing the fact that you will not break the record and not catch the top 3 riders who in spit of a drop in pacing have a too big an advantage from earlier in the race? Well, the question is something that I have considered so many times in racing and training. What is actually the real motivation? Why am I doing this? Again the crew were my answer. Because we didn’t get this far by doing nothing.

Entering the last six hours of the race is like finally getting to a point where “attacking” is allowed. The others had lost their pace and I started pushing through. I remember catching experienced riders like Marko Baloh who eventually ended up third and Mark Gibson who finished 6th. I was thinking “Are they going this slow because they are too far in front of me or am I just speeding up?” With four hours remaining I flew past Shane Trotter in 5th place never to look back. In my head I was already planning the final laps.

I remember riding through the pit area for the last time with the crew screaming 5 more laps. By the end of a lap-race like the 24h worlds it is always strange to ride that final big lap. You’ve been on it for so long that you have actually forgotten that there’s any other roads out there. When Frands was shouting 5 short laps I remember thinking ” you got to be kidding me. 5 laps is like 40 km!” It’s crazy how even small challenges can seem big inside your head after almost 24 hours on a bike.

With one small lap to go I slowed down. I knew I wouldn’t make two more laps within the 24 hours. Enjoying the people cheering and the fact that my 5th place was secured was a great relief. Little did I know that I by securing 5th place also won the age-group. My crew helped me to our car when I crossed the line. Without them non of this had been possible.

Now sitting at home writing the last part of this look into what it takes to race at the world 24h championships the annoyance of not having my best of days and the disappointment of not setting a new Scandinavian record has disappeared. Looking at the top 20 very few riders and crews have raced as constantly as we did. Finishing as the youngest rider in top 30 feels great too. In my honest opinion it shows great prospects for the future that only some of the very best and experienced riders in the +40 categories finish ahead of me. 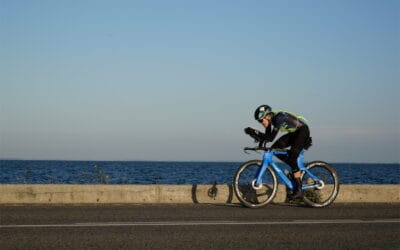